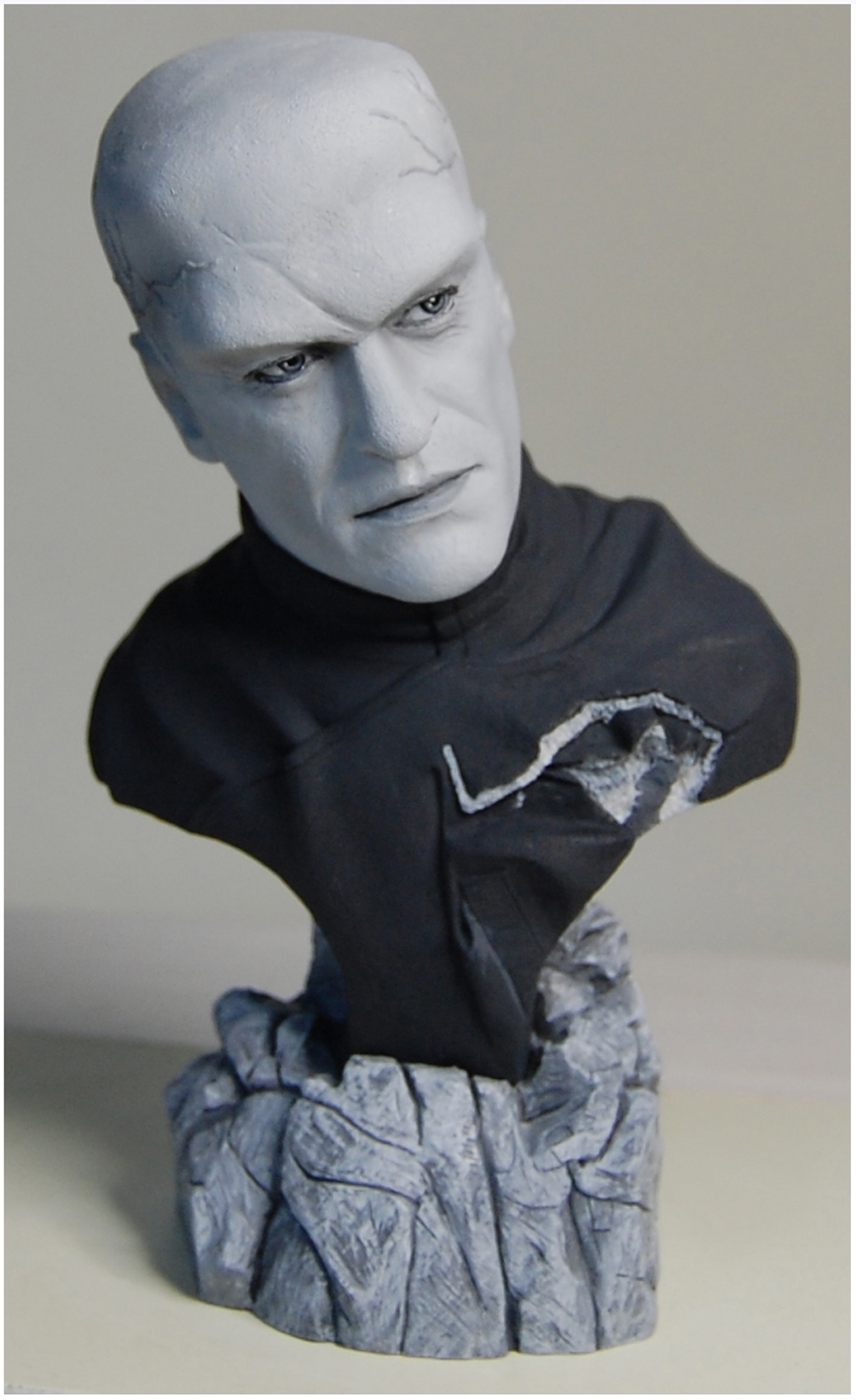 With a make-up briefly seen and his tall, imposing stature seen mostly in silhouette, James Arness as the frightening, blood thirsty Martian invader from The Thing From Another World (1951). A scary, well made film that takes place in the frozen, desolate arctic. Made a few years before James Arness would become famous for his role as Marshall Matt Dillon on the long running TV series Gunsmoke. This movie was the first film to be based on John W. Campbell, Jr.’s 1938 novella Who Goes There? The story would see a more faithful adaptation in 1982 with John Carpenter’s The Thing. Released by Crimson Pool Productions in 2020.