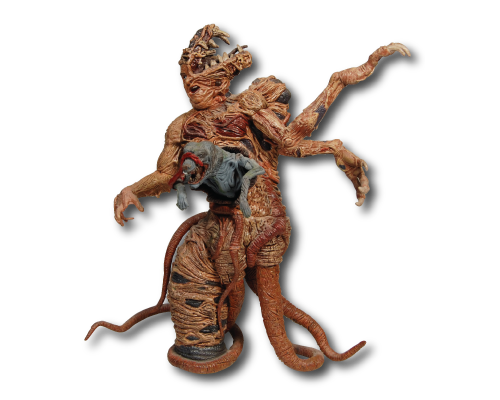 The Blair Monster from John Carpenter’s THE THING (1981). After working at McFarlane Toys for about year, sculpting, painting, molding & casting, this was the first full figure I was given to sculpt. There was no reference or stills of this creature supplied, so I worked strictly from the DVD, pausing and freeze framing. I was able to see the maquette that was created by Rob Bottin in the DVD extras. It took about a month and I had to make up the bottom part of the creature with the tentacles. It was 14” high and 22 pieces. Pictured is the 7” toy released as part of the Movie Maniacs line by McFarlane Toys in 2000.