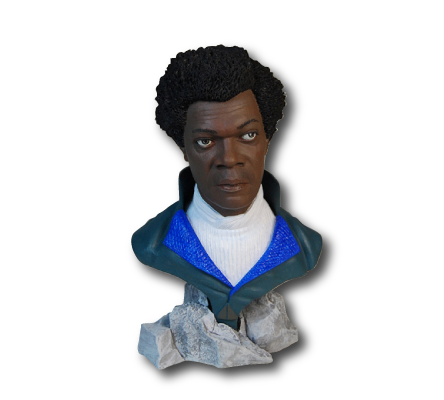 In 2017, I had the great opportunity to do Samuel L. Jackson’s make-up for M. Night Shyamalan’s Glass! Glass is the sequel to Unbreakable (2000) and Split (2016). I was commissioned by Sam to sculpt this bust of him as Elijah Price from Unbreakable. It was one of a series of 6 busts I sculpted for his private collection. The other 5 busts are another one of Sam as Elijah and 4 other characters from Glass (2019). These series of busts gave me the opportunity to sculpt busts of actors I actually worked with! I was able to get great reference of them in character. Completed in 2018.