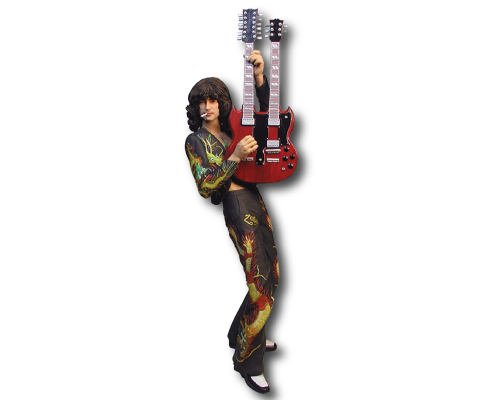 Being a longtime fan of Led Zeppelin, I was thrilled to be given this 12” figure of Jimmy Page to sculpt. We were not given much reference on him, except his “dragon” outfit, so I made up the pose, which turned out well. I completed the sculpture without the embroidery. It was molded and cast, and then I sculpted the embroidery on the resin casting. It took almost a week and half to sculpt the embroidery. The guitar and amps were made by Oliver Brig. Released as 7” figure in 2006 by NECA.