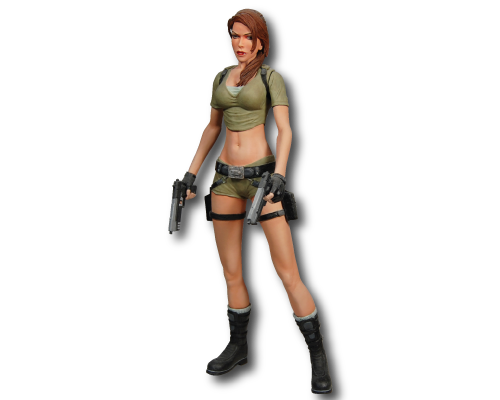 My first figure of Lara Croft from the Tomb Raider video game, it was a great opportunity for me to sculpt a well-known female character. I combined 2 reference pictures to get the pose for this 12” figure and it was released at 7” in 2006 and re-released as a 12” figure in 2007 by NECA.