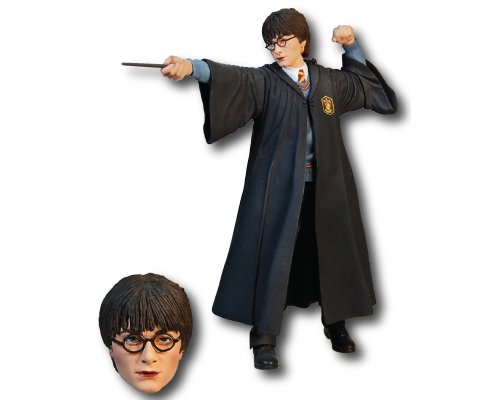 This was a fun figure to make. From the 2nd Harry Potter movie, HARRY POTTER AND THE CHAMBER OF SECRETS (2002), this 9” figure was a chance to make an adolescent in scale with older characters from the film that were made. It was released as a box set with Dumbledore by NECA in 2008.