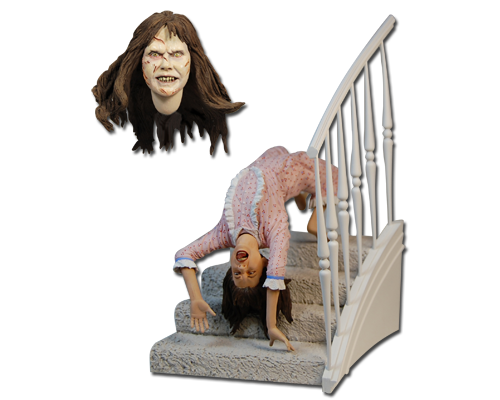 Cut from the original release of the Exorcist in 1973, this 7” figure of Regan captures the famed “Spiderwalk” scene. Put back in the film for the 25th anniversary re-release in 1998, it is a chilling scene that was glad to be able to do. It is a very unusual pose. I also made the head and body for Regan in the bedroom scene in full demonic make-up. Released by NECA in 2008.