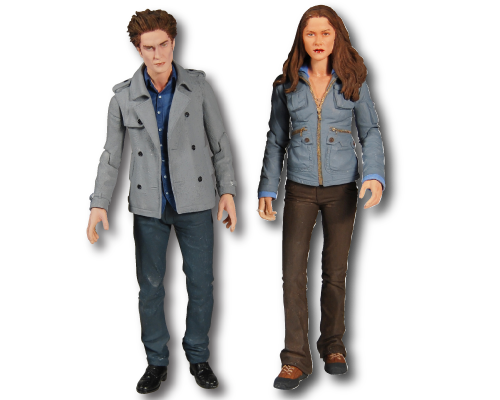 These were the first figures (sculpted 1:1) I made for NECA in 2008 for the first TWILIGHT film. Robert Pattison as Edward and Kirsten Stewart as Bella, I was happy to be able to make the first figures from this movie. They are 7” scale and I also made an Alice figure from this first film. The Edward was released as a single figure and then released wearing sunglasses with Bella together.