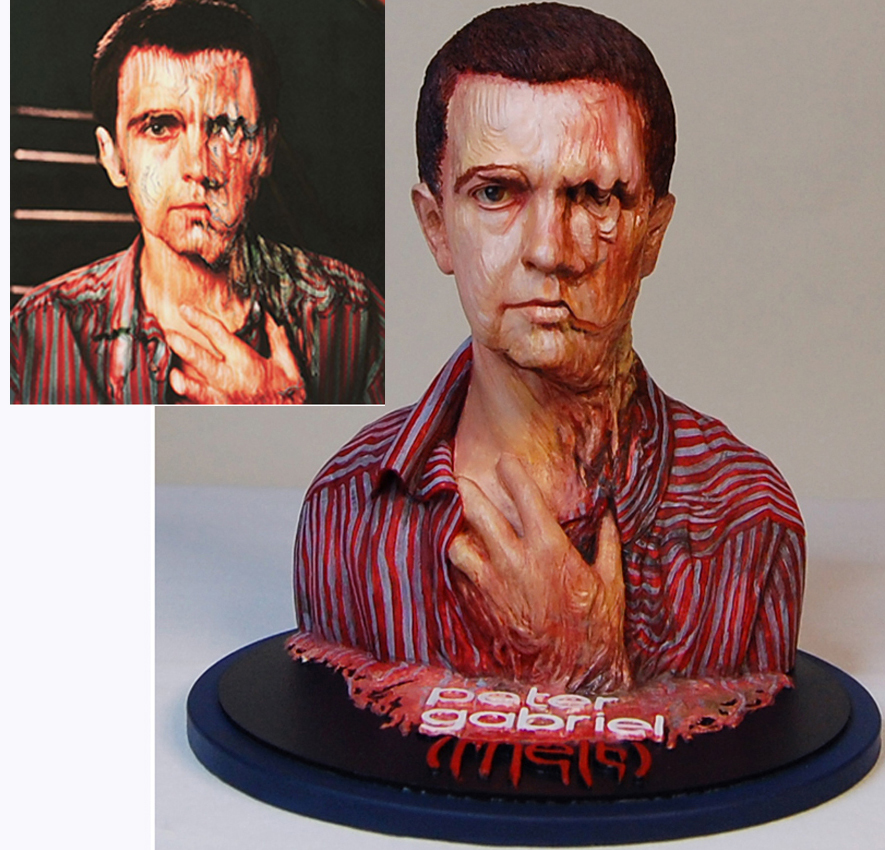 From 1983 solo album Melt, British rock star Peter Gabriel had an image of himself ‘melted’ and was the cover of the album. I found it a real challenge to render his melting likeness in a 3-D sculpture from a 2 dimensional image. I didn’t make the base but I attached the lettering to the base as well as the bust and added the ‘melting’ on the base and around the lettering. This was a private commission piece.