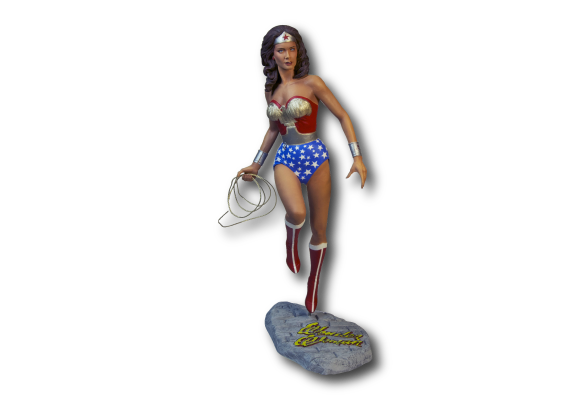 Linda Carter as Wonder Woman from the 1970s TV show. I sculpted this 12” statue as a request from Amazing Figure Modeler magazine. I wrote a how-to on how I sculpted the figure, including progress pictures. I used a picture from the Wonder Woman comic for the pose and adapted Linda Carter’s figure and likeness to it. The costume is from the first season in 1975. The article appeared in Amazing Figure Modeler #62. Statue was released in 2016.