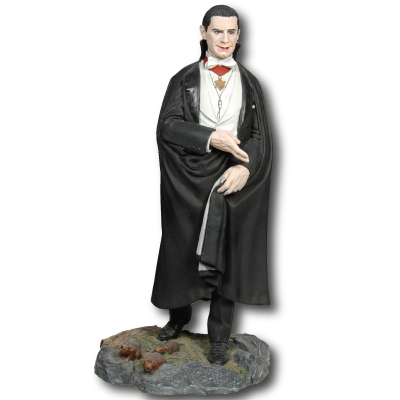 Bela Lugosi as the evil vampire Count Dracula from the 1931 film, DRACULA. I used a stunning photo of Bela Lugosi from his stage portrayal of Dracula and added the Aurora inspired base. This was the first full figure I made on my own and it was difficult because I did not start with a rough nude figure to insure proper pose and anatomy. It took longer than it should have, but I think it still turned out quite well. Completed in 1999.