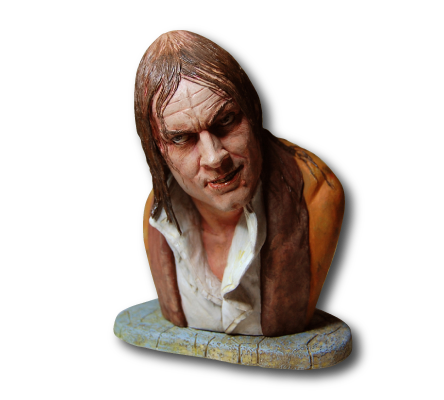 Sculpted for Crimson Pool Productions, this is the third in a series of silent screen characters. John Barrymore as Mr. Hyde from Dr. Jekyll and Mr. Hyde (1920). Considered to be the first great American horror film, this version of this often filmed story is well acted and the make-up was very impressive. I really enjoyed capturing this character. Released in 2017.