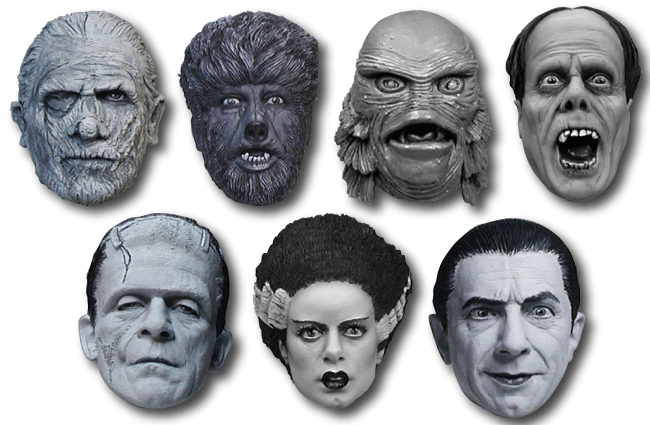 NECA Universal Monsters Headknockers, I sculpted these portraits for the 1st and 2nd series. The first series was The Monster, Dracula, The Wolfman and Kharis, the Mummy, released in 2006 by NECA. The second series, The Phantom, The Bride, and The Creature was released by NECA in 2007. I did not sculpt the bodies and the bases for these. Pictured are my own B&W painted copies. See under the Misc. section to view the complete sets in color.