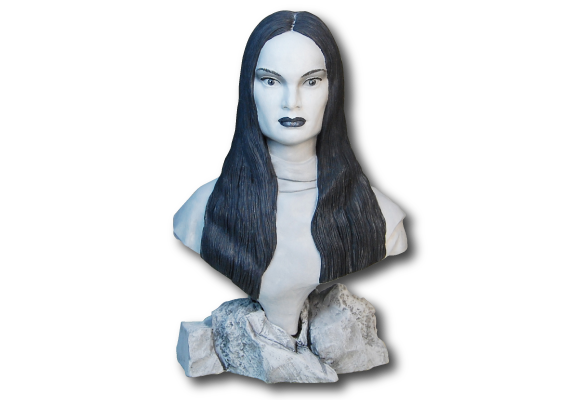 A 1/4 scale bust of Carroll Borland as Luna, daughter of Count Mora from Mark of the Vampire. From 1935, Luna was one of the earliest female screen vampires. Her look would be the basis for future female vampires, such as Vampira & Lily Munster. Released as a companion piece to my Bela Lugosi as Count Mora bust in 2015.