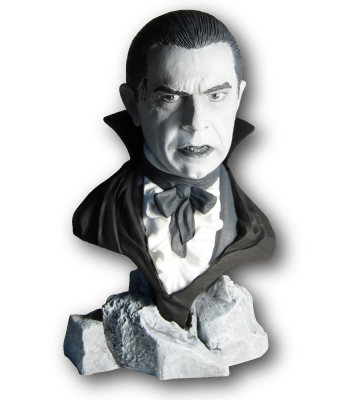 Bela Lugosi as Count Mora from MARK OF THE VAMPIRE (1935). One of Lugosi’s many screen roles as a vampire other than Count Dracula. I wanted to sculpt this character since it is rarely depicted and I gave it an expression other than the usual Lugosi stare. Though Lugosi originated the screen vampire, he never wore fangs and he rarely showed his teeth! Released in 2014.