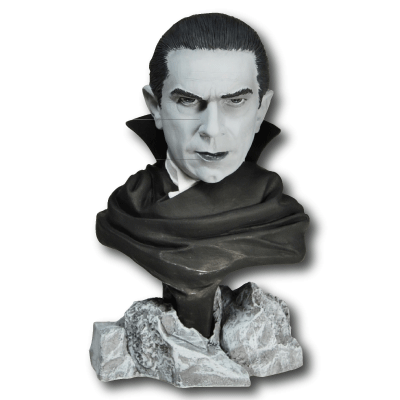 The 2nd in my series of 1/4 scale Bela Lugosi busts, this is Count Dracula from the 1927 Broadway stage play. I am very happy how I was able to capture his intense stare. As the original Count Dracula, this is Lugosi’s signature role. He would wear a hairpiece to give his hairline more of a widow’s peak in the 1931 film version. Released in 2011.