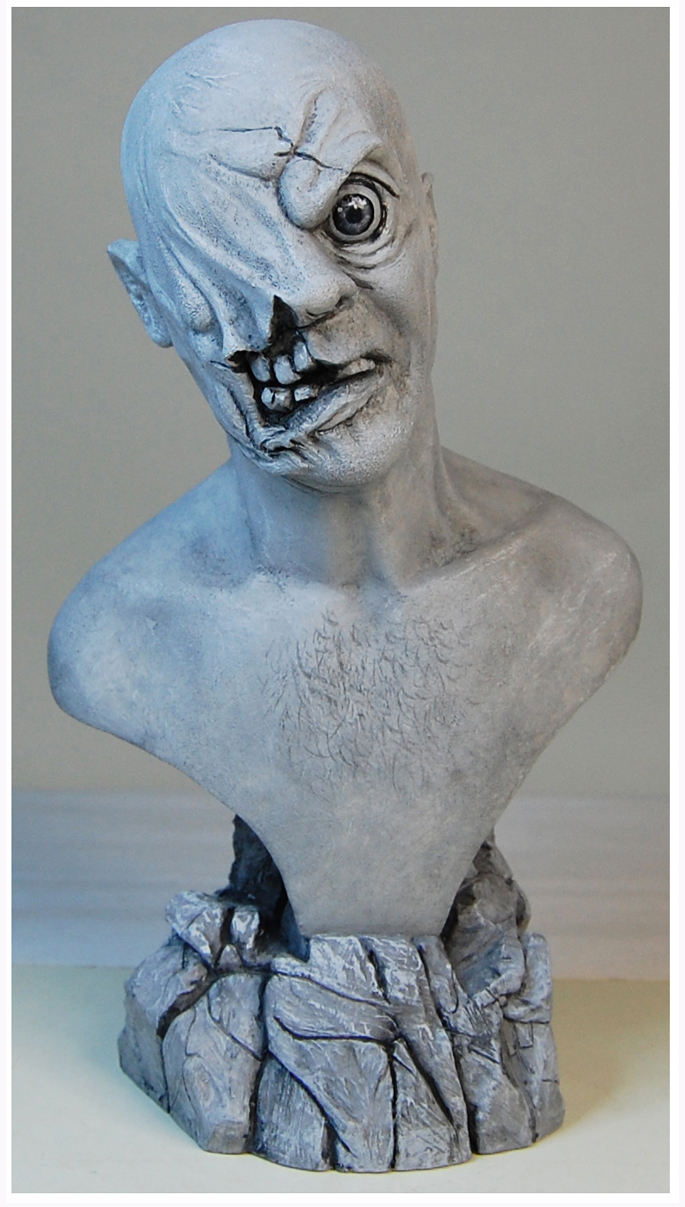 From the 1957 B&W sci-fi thriller, The Cyclops, Duncan Parkin as Bruce Barton suffers radiation exposure and becomes a 25 ft. mutant in a Mexican desert. The make-up was created by make-up artist Clay Campbell and it frightened me when I first saw it on TV at 6 years old! That same day I had seen movies The Creature Walks Among Us and Tarantula at the Saturday matinee, too, and I had nightmares that night! So it was fun sculpting a character that had frightened me so much as a kid. This movie also starred Lon Chaney, Jr. and Gloria Talbot. Released by Crimson Pool Productions in 2019.