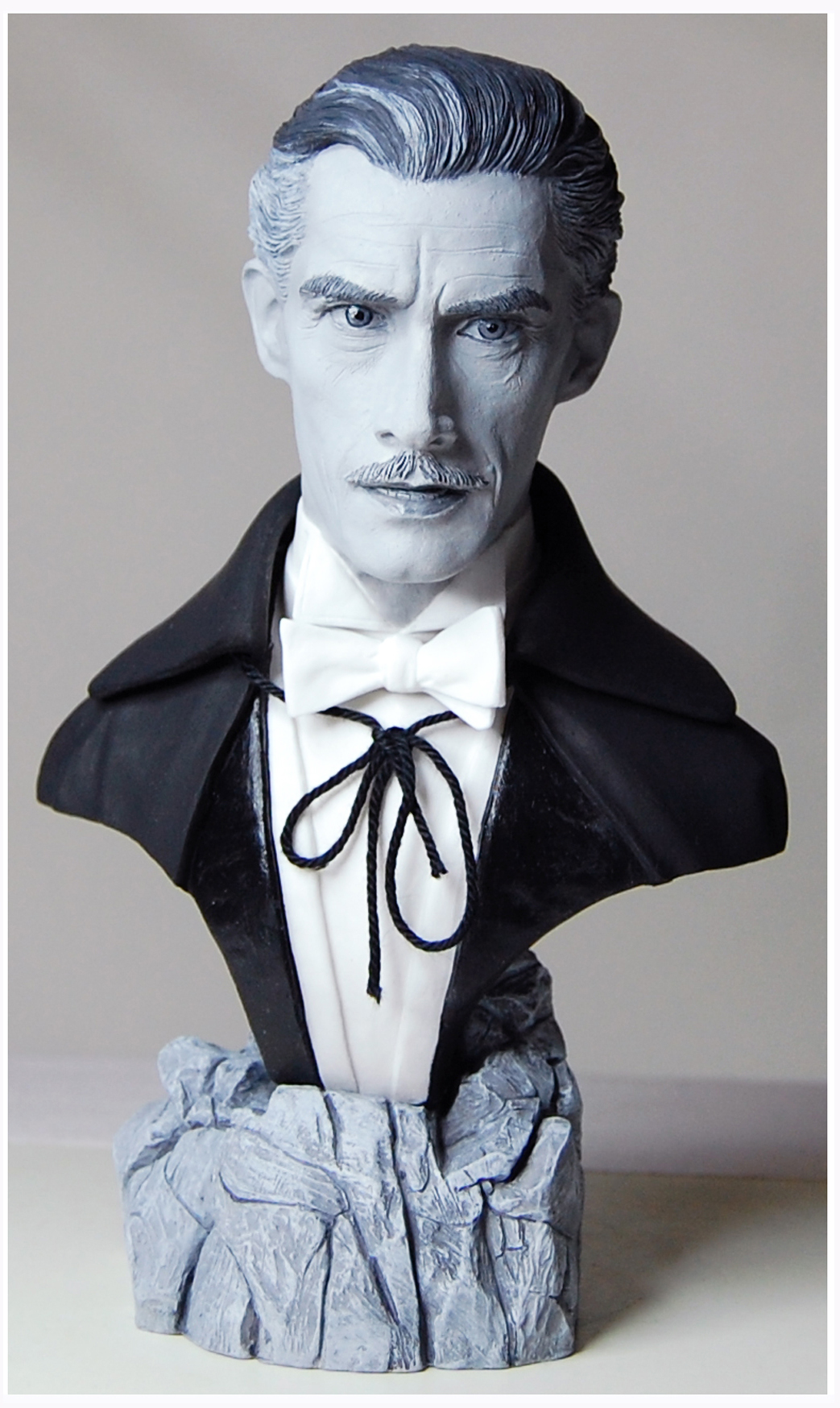 Count Dracula hiding behind the assumed name of Baron Latos from House of Frankenstein (1944). Played by character actor John Carradine, this portrayal was quite unique compared the portrayal originated by Bela Lugosi in the original Dracula (1931). Carradine’s unique look was fun to capture. John Carradin would play this role again in House of Dracula (1945) and years later, in color, in Billy the Kid vs. Dracula (1966). Released by Crimson Pool Productions in 2021.