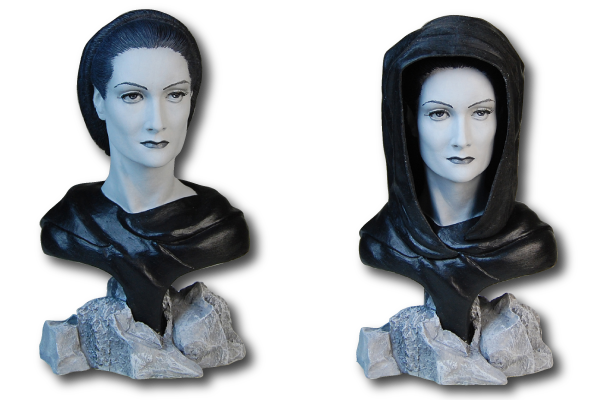 Gloria Holden as Dracula’s Daughter from the 1936 film. This film was a sequel to the original 1931 Dracula. Gloria Holden had such an alluring face that I have tried to capture in this 1/4 scale bust. Because she had such a unique hairstyle, the hood is cast in a black flexible rubber so it can be removed in order to display the bust with or without the hood. This bust also has scale false eyelashes, to give her eyes more depth. Released in 2019.